Born on July 23, 1918 in Orangeburg, South Carolina, to Mr. and Mrs. Burt Williams Andrews, Joseph grew up in Washington, D.C. where his father, an 1898 graduate of The Citadel, was working as a lawyer for the U.S. Government. 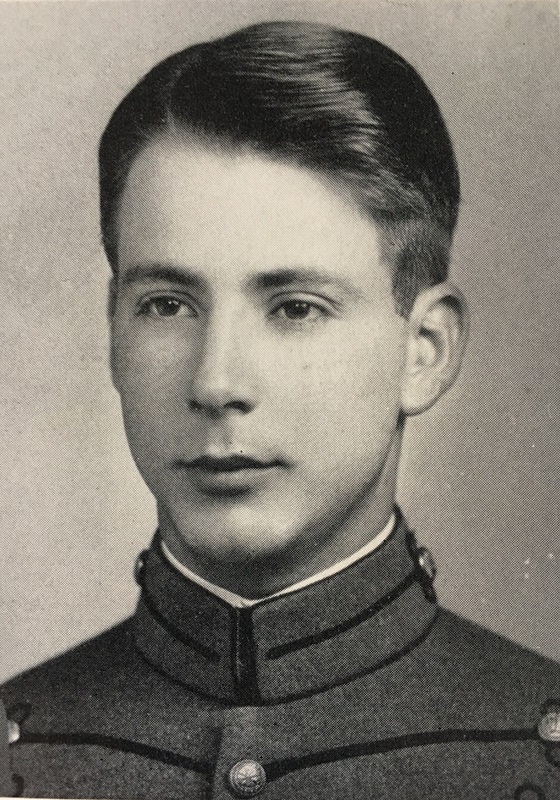 “After spending a year at George Washington University, Joe come [sic] to The Citadel and made good from the very beginning. He had the ability to come straight to the point in conversations and was always sincere in his convictions. Through his friendliness he acquired many friends in the Corps of Cadets and has added much to the Glee Club during his three years here. During his Senior year Joe was very active in radio work, and he was announcer for The Citadel programs. His one ambition is to be a good doctor, at the top of the medical profession.” [1]

Joe was a Pre-Medical student and member of Cadet Company C his sophomore year, Cadet Company D his junior year, and was a Cadet 1st Lieutenant on the 1st Battalion Staff his senior year. After graduation, he attended George Washington University Medical School and was a member of the Nu Sigma Nu medical fraternity. He enlisted in the service of the Army Air Corps as an Aviation Cadet on December 17, 1941.

On August 15, 1944, 2Lt. Andrews was serving with the 8th Troop Carrier Squadron, 62nd TC Group when he was killed-in-action in the early hours of Operation Dragoon, the allied landings in southern France. According to eyewitness reports, the glider he was piloting struck an obstacle in the Landing Zone near Le Muy, France, at approximately 100mph, and he was seriously injured. He died later that night in a field hospital. Cause of death was recorded as internal injuries and cerebral hemorrhaging. 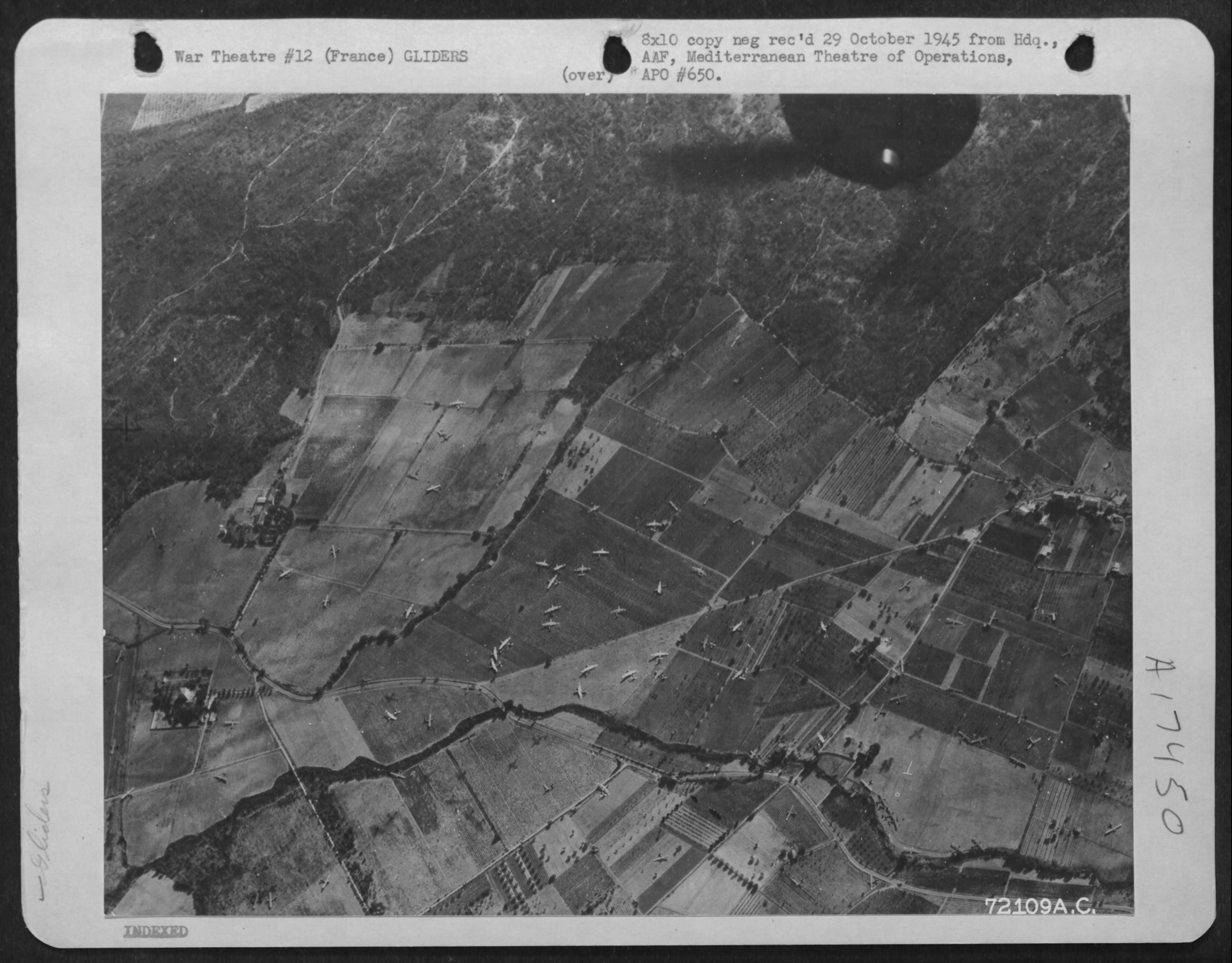 Caption: Gliders Landed In Vast Patchwork Of Farms And Fields During The Invasion Of
Southern France On D-Day, 15 August 1944. [2]

Based on interrogation of the glider pilots who returned, conditions were recorded in HQ 64th Troop Carrier Group’s Report on glider Mission DOVE, dated 21 August 1944,

“The flight itself was uneventful. Many of the glider pilots said it was the smoothest flight they had been on. As they neared the coast dense smoke made them anxious as to what awaited them, but no enemy opposition developed. Over the target, which was obscured by smoke drifting in from the coast until they were almost over it, the scene was one of confusion. Gliders of preceding waves had apparently taken all available landing space. The glider pilots released however, and as the circled down small openings presented themselves. The air was full of gliders, each following its own pattern, trying to lose altitude quickly and get into very restricted spaces. Many were just about to set down in a small clear spot only to have a glider come in from another direction and beat them to it. To add to the confusion, vegetation which they had been told was grape vines turned out to be small trees. Sharpened 4×4 poles 12 to 15 feet high strung with wire appeared, ready to gut and destroy luckless gliders.” [3] 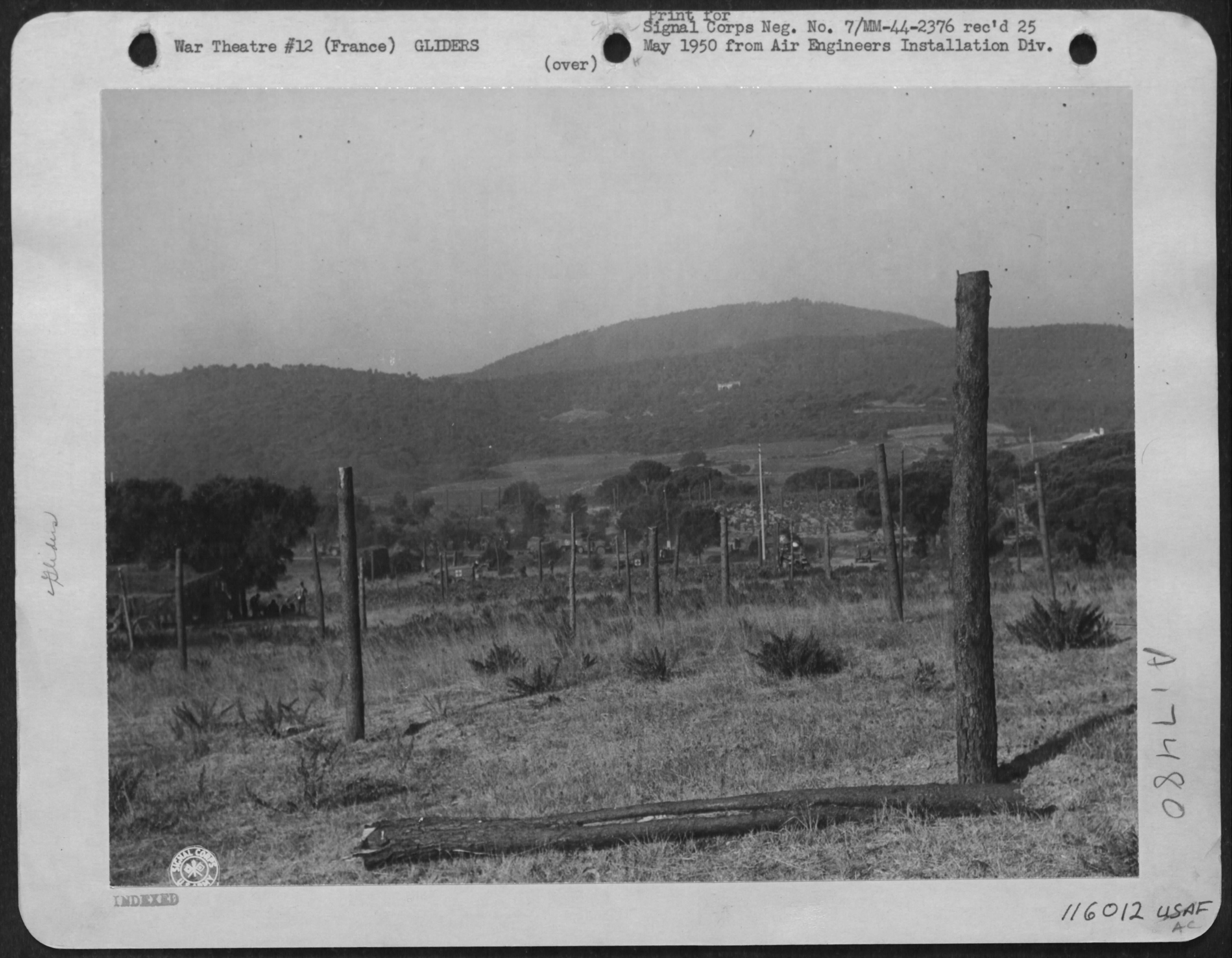 He was buried in a temporary cemetery near the original LZ. Le Muy is in the vicinity of Draguignan, France where the permanent Rhone American Cemetery is located. Lt. Andrews’ remains were repatriated after the war, and a flat granite marker was ordered in 1948 to be delivered to the Rock Creek Church Cemetery, Washington, D.C. His father and his brother, Burt, Jr., Class of 1942, are also buried there.

Burt Junior’s classmate, Franklyn Madden Ketchum, was killed in action the day after Joseph leading his platoon up off the beach during the Operation Dragoon landings. 1Lt. Ketchum rests in peace at Rhone American Cemetery. Another of their classmates, Thomas Brown Gautier, Jr., also participated in the landings and was awarded the Silver Star medal for his heroism and leadership. Cpt. Gautier was killed in action in December 1944 in France.

If you have any further information concerning Lt. Andrews, we welcome your contact.