Hailing from Roebling, New Jersey, a company town founded by the Roebling Family most famous for the building of the Brooklyn Bridge, Cadet R.L. Engel, the son of Mr. and Mrs. Louis R. Engel, was a Civil Engineering major while at The Citadel. His Freshman and Sophomore years were spent as a member of Cadet Company D. During the 1942-1943 academic year, he joined the 3rd Battalion staff in the position of Cadet Intelligence Sergeant. [1] 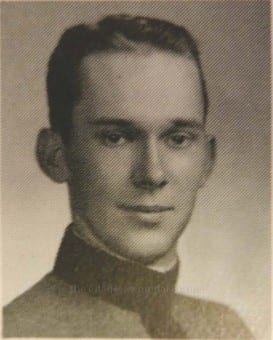 He left Charleston in his Junior year to enter the service of the US Army Air Corps. His classmates, members of the Class of 1944, who remained until the end of the academic year were shipped off to basic training and the infantry. He became a fighter pilot and was assigned to the Replacement Training Unit (RTU), Headquarters, 55th Fighter Group of the 8th Air Force at Wormingford, England. 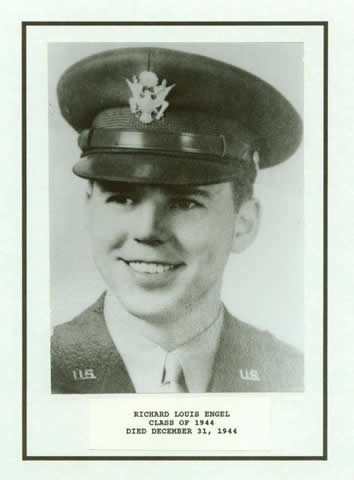 On 31 December 1944, 2LT Engel was killed during a training mission over the coast of England after he lost control of the P-51 Mustang (44-14171) he was piloting “Daisy Jr.” and bailed out at 500 feet into Bradwell Bay north of River Colne. According to an eye witness the plane caught on fire, pilot bailed out, and the plane and the pilot landed in the water. Capt. Jesse D. Thompson and 1LT Merrel H. Kennedy went to the vicinity of the crash and were told by members of the Royal Observer Corps that they had tried to locate the Pilot but he was not found. Air-Sea Rescue were also in the vicinity.

“Whilst on duty as air sentry on December 31st 1944, I witnessed a fighter plane in difficulty north of my post. The plane developed a spinning dive and went below the tree tops at an angle of about 75 degrees. The pilot bailed out successfully at about 500 feet, and came down almost vertically. In my estimation both man and plane, which looked like a Thunderbolt, and was afire, came down into the water. The time was 1510 P.M.” Eyewitness Statement – V. Hare, Cpl, R.A. [4] 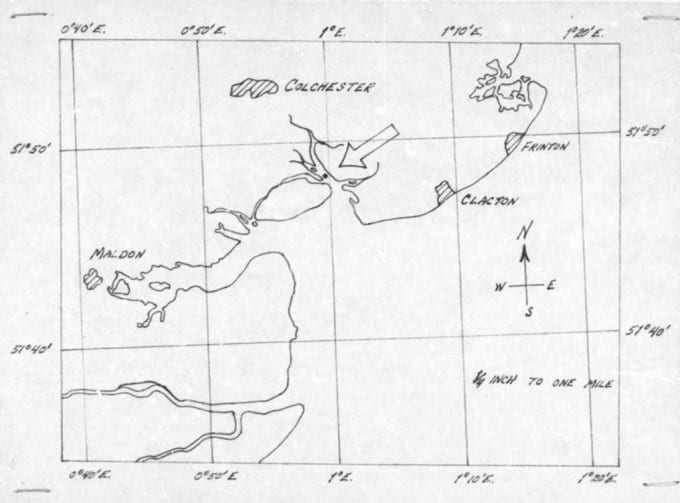 Grid map overlay with arrow pointing to the location where 2Lt. Richard L. Engel, ’44, bailed out and the P-51 “Daisy Jr.” he was piloting crashed. [5]

2Lt. Engel’s body was located, recovered, and buried at Block AA, Row 10, Grave 5 of the temporary U.S. Military Cemetery at Madingley, England on land donated to the U.S. by Cambridge University. [6] [7] His family chose to have his body permanently interred overseas, and 2Lt Engel now rests in peace at Plot F Row 2 Grave 109, Cambridge American Cemetery in England. Two fellow Citadel Men are also interred there, and another two are memorialized on the Wall of the Missing. [7] 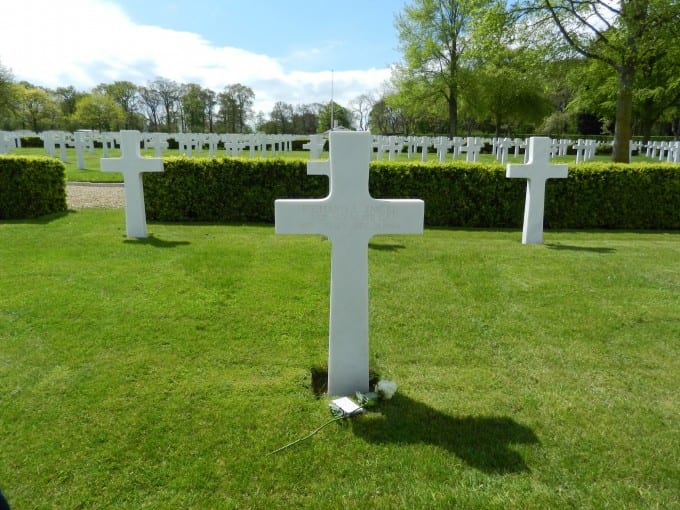