The Major of St. Lô

“The development of character is at the heart of our development, not just as leaders, but as human beings.” [1] 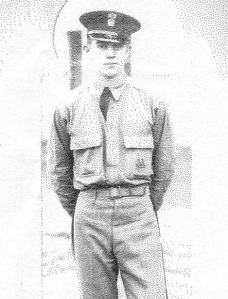 Last Tuesday, I met Bill DeMarco ’88 at Cambridge American Cemetery where together we paid our respects to four Citadel Men. Walking amongst the white marble grave markers and talking about our Citadel experiences helped me to put my finger on how best to describe Major Thomas Dry Howie, USA, Class of 1929 – he was the quintessential “Whole Man”. Those who have walked the gutter of the Avenue of Remembrance on The Citadel campus know well the tower and carillon which bear his name as well as the mural inside Daniel Library depicting the entry of his flag draped body into the French town of St. Lô. Knowing these is basic “knob knowledge”; however, knowing the man himself is not, and, that is a pity, because he took the “Whole Person” concept to heart and exemplified it. I must admit that I had not reflected much on the concept since graduation, but an article about “The Major of St. Lô” and the visit to Cambridge with Bill brought it back to me.

The purpose of the Fourth Class System at The Citadel is to lay the foundation, early in a cadet’s career for the development of those qualities of character and discipline implied in the mission of The Citadel as a military college – to produce young men [and women] with alert minds and sound bodies who have been taught high ideals, honor, integrity, loyalty, and patriotism; who accept the responsibilities which accompany leadership; and who have sufficient professional knowledge to take their places in a competitive world.[2]

Tom Howie worked hard and excelled in all that he did – as a cadet, student, athlete, teacher, officer, husband, and father. He was a hero, many may argue and rightfully so, throughout his entire adult life. At The Citadel, he was “known as a friend to all his fellow cadets and a man of exemplary morals and discipline, qualities that resulted in his being voted president of the senior class and being named as the ‘most versatile, popular and best all around’”.[3]

Related: The Citadel Man Who Became A Legend

On July 17, 1944, Major Howie was killed by mortar shrapnel just seconds after speaking the words “See you in St. Lô.” to General Gearhart, Commanding General 29th Infantry Division. His words inspired his men to continue their fight to take the town from the Germans. “The following morning as the 29th division finally entered the city of St. Lo at General Gearhart’s order Tom Howie’s flag draped body was placed on a stretcher that was loaded on the hood of a jeep at the head of the column of troops so he could be afforded the honor of being the first American to enter St. Lo.  As fighting continued to rage around them his men then lifted his body and placed it in the rubble of the St. Croix cathedral and other American soldiers saluted as they passed by; citizens of the city came out and placed flowers around the body creating a makeshift memorial.”[4] Today, Major Howie rests in peace, along with five other Citadel Men, at the Normandy American Cemetery at Colleville-sur-Mer, France.

LCDR Allard Heyward ’31, another Citadel Man, is memorialized on the cemetery’s Tablets of the Missing.

A few weeks ago, Bob Mebane ’80 provided to me information on several of our fallen alumni memorialized on this website. Bob also shared with me the article he wrote about Major Howie which first appeared four years ago in The Brigadier, “The Official Newspaper of The South Carolina Corps of Cadets”. Bob lives not far from the daughter of Major Howie, Ms. Sally Jebson. She has shared with him details and photos of her father from her family’s collection which he has used in his article. Through Bob’s well written work I have learned Tom Howie’s inspirational story. I also understand why Bob wants him to be remembered. Major Thomas Dry Howie, USA, ‘29 was a “Whole Man”… a Citadel Man.

Click this title for the full article “Remembering a Forgotten Legend – Thomas Dry Howie, ‘The Major of St.Lô’” by Bob Mebane ’80.