A day that will live in infamy…

December 7, 1941, the Japanese attacked the United States of America at Hawaii. Citadel alumni and former cadets were there. Here are portraits of four men. There were probably several more. If you are aware of another Citadel Man who was there, please inform us so we can properly include and honor him here. This post was originally written on December 7, 2015, with the stories of two men. The third story was added Dec. 7, 2017, and the fourth December, 2018.- Roger Long, ’89.

Fred Burnham Shifflet, Jr., Class of 1942, born May 23, 1919, and hailing from Cuyohoga Falls, Ohio, was a sophomore private of cadet company “A” during the 1938-39 academic year. After completing two years of college, he left The Citadel, returned home and worked as a salesman. He volunteered with the Army Air Corps, entering the service on July 26, 1940, as an aviation cadet. 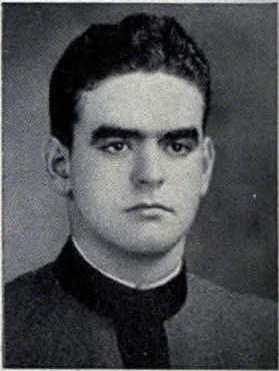 Second Lieutenant Fred Shifflet, known as “Shifless”, was one of the few American pilots able to get his plane off the ground during the attack on Pearl Harbor. He took off from Wheeler Field in a P-40 which belonged to another squadron sometime after 0900. He made a circle of Pearl Harbor to seek out enemy aircraft, flew over Hickham Field and was filled with AA fire. He deadsticked his borrowed plane back to Wheeler Field to land on flat tires.

On March 3, 1943, during the Battle of the Bismarck Sea, 1Lt. Shifflet piloting P-38G 41-12715, 39th Fighter Squadron, was shot down and crashed into the sea twenty miles east of Tami Island. Lt. Shifflet, who had ten enemy planes to his credit when he was lost, was officially declared dead on December 20, 1945. He is memorialized on the Tablets of the Missing at the Manila American Cemetery in the Philippines. There is also a cenotaph with his name at Arlington National Cemetery.

The Citadel’s Fred B. Shifflet Scholarship Fund was initiated in 1991 from the estate of his mother, Estelle M. Shifflet. The first award was made in 1997.

The photo of Cadet Shifflet is from the 1939 Sphinx, the annual of the South Carolina Corps of Cadets, Charleston, S.C., and the photo of 1Lt. Shifflet is from Relentless Pursuit: The Untold Story of the U.S. 5th Air Force’s 39th Fighter Squadron by Ken Dooley.

James Bacon King, Class of 1941, was a freshly commissioned lieutenant serving in the US Army Coastal Artillery Corps. He was stationed in Hawaii when the Japanese attacked Pearl Harbor, and his Artillery Battalion was one of the first to fire on the Japanese Zero’s as they bombed the island, and the battleships in the harbor. He survived the attack, and, fortunately, no Citadel Men were lost that day. 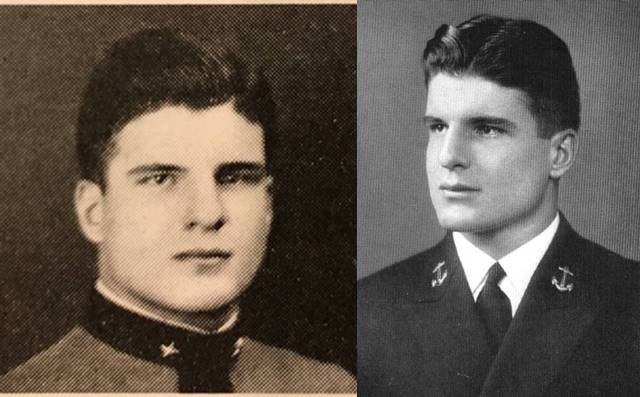 William Crosswell Croft, Class of 1938, was stationed aboard the USS California at Pearl Harbor…

“On Sunday morning, I was suddenly awakened by the ringing of the general alarm…. I thought this was another drill and I … looked out of my port hole just in time to see a Japanese plane strafing small boats in the channel not 100 yards away…. this was definitely no drill… About 0810 an explosion similiar to the firing of a turret occurred… we had been torpedoed. She began to list to port while at the same time our lighting and power went off… the Utah and Oklahoma had capsized and… the Arizona was on fire.”
– William Crosswell Croft’s memoir: “My Impressions of the Japanese Attack on Pearl Harbor”

Back in those days, The Citadel only offered Army ROTC training, and only the top two or three graduates would be offered a direct commission into the Army. If a college student wished a guarantee of receiving a direct commission upon his graduation, he would have to attend one of the two service academies at West Point or Annapolis.

With the USS California in dry dock, William Croft Served transferred in February 1942 to the USS Indiana where he served as Turret, Division, and Deck Officer until 1944. He left INDIANA shortly after the great collision between INDIANA and WASHINGTON – this was the worst collision in the history of our Navy, and reduced both ships to six knots maximum speed, within 90 miles of a Japanese airfield. He served out the war in MASSACHUSETTS in various capacities, ending up in command with the ship in mothballs, tied to a dock in Norfolk. He resigned from the Navy in December, 1946.

His death was announced in the Chicago Tribune, Chicago, IL, March 24, 2009. In lieu of flowers, memorial gifts were asked to be made to The Citadel Foundation.

The photo of Cadet Croft is from the 1936 Sphinx, The Annual of the South Carolina Corps of Cadets. The photo of Midshipman Croft is courtesy of the United States Naval Academy, Annapolis, Maryland.

Harry Kleinbeck Pickett, Class of 1911, was responsible for preparing defense plans for Midway, Wake, Johnston and Palmyra Islands in the Pacific and was serving as Commanding Officer of the Marine Barracks at Pearl Harbor on December 7, 1941. At that time, he held the rank of Colonel. 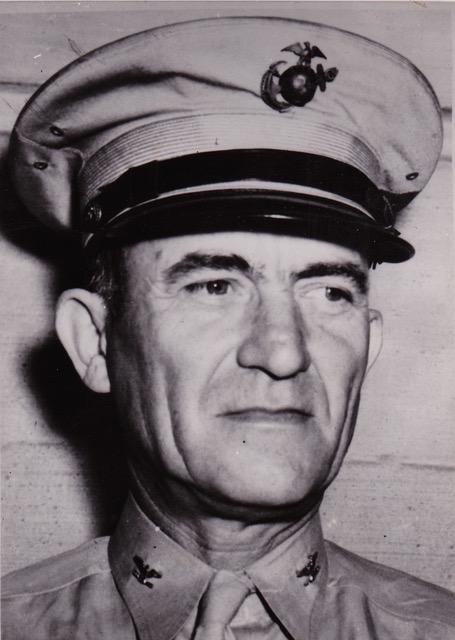 HEADS MARINES IN HAWAII
HONOLULU, T.H. — New leader of U.S. Marine forces in the Hawaiian area is Brig. Gen. H.K. Pickett (above), who received confirmation of the Presidential appointment of Jan. 27. Gen. Pickett, an authority on anti-aircraft, went to Hawaii from San Diego a year and a half ago. (Acme Photo, February 2, 1942)

During World War II, he served as Commanding General of Marine Forces for the 14th Naval District and had a key assignment as head of training for Marine Amphibious Forces in the Pacific. There he was commended for his critical role in training of US Army troops who served in the Pacific Theater. He held the rank of Major General at the time of his retirement in 1946.

Harry K. Pickett (January 9, 1888 – March 19, 1965), a native of Ridgeway, South Carolina, was the first drum major of the cadet band when it was founded in 1909 at The Citadel. He received his Bachelor degree in Engineering in 1911 and his commission in the Marine Corps in 1913. He was also a veteran of WWI.

“Harry,” “Pick,” experienced life at Wofford and Carolina, but as neither developed his industrious side, he decided to come to The Citadel. He has always been very popular with the ladies, who never tire of seeing him “wield the stick” when he is leading the band. “Harry” always has a smile for a fellow cadet and he is very popular with his classmates, who have given him many positions of honor and trust. At last “Harry” has succumbed to Cupid’s arrow and it is whispered that something serious is going to happen soon after graduation unless he goes to the Philippines. He has elected the Engineering course and his success in life is assured by his courtesy and general ability.

More information can be found on Gen. Pickett’s Findagrave memorial.

Photo of Cadet Pickett taken from the 1911 Sphinx, the Yearbook of the South Carolina Corps of Cadets, The Citadel, Charleston, South Carolina.

With appreciation to Bill Buckley, ’71, for bringing Maj. Gen. Pickett to our attention, and to Bob Mebane, ’80, for creating the memorial at Findagrave.com.