Mrs. Royall Selected For The Dedication

The ceremony will take place at 11:15 Saturday morning in the Cadet Chapel. Thomas H. Pope of the class of 1935, speaker of the House of Representatives of South Carolina and candidate for governor, will make the address at the unveiling of the memorial tablet. 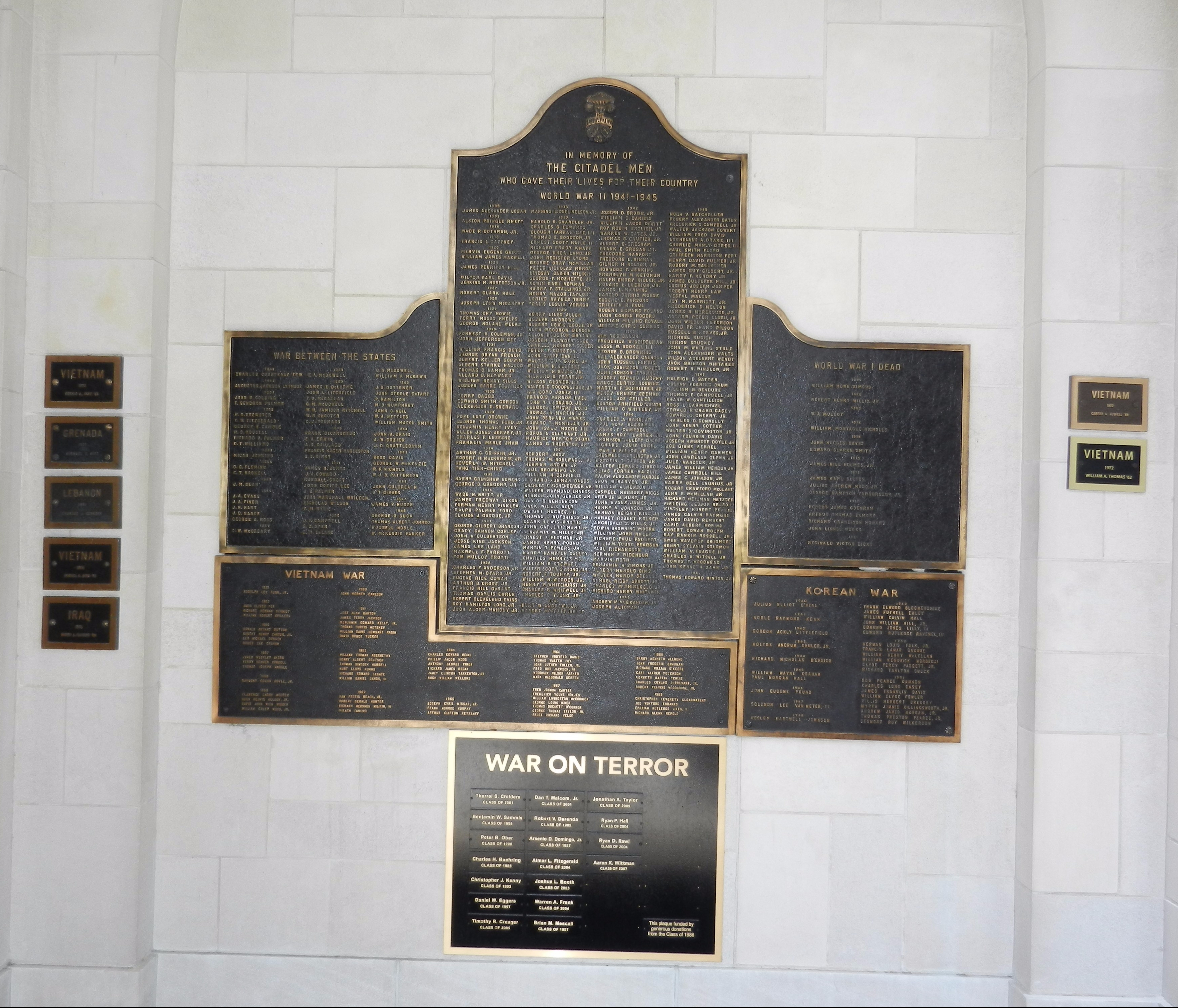 The memorial tablets as they appeared in 2013. Click on image to enlarge.

The tablet will be unveiled by Mrs. Sam J. Royall of Florence, whose son, William Milling Royall, class of 1942, was killed in action November 19, 1944, while serving with the infantry in Germany as a first lieutenant. 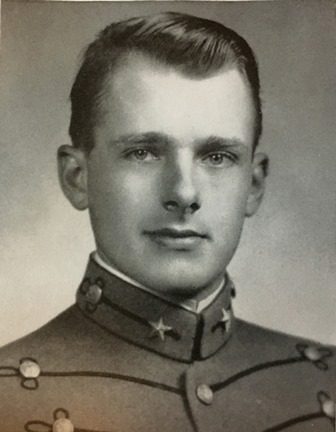 Lieutenant Royall was awarded the Silver Star posthumously for his gallantry in action. He was one of the outstanding cadets in the class of 1942, being commander of A company, being selected for “Who’s Who in American Universities and Colleges,” and wearing gold stars for academic achievement. He was awarded the Algernon Sydney Sullivan Award upon graduation.

The selection of Mrs. Royall to unveil the tablet is especially appropriate also because the Cadet Chapel, where the tablet is located, is dedicated to the mother of all Citadel men.

The invocation and benediction of the unveiling ceremony will be delivered by the Reverend Howard H. Gregory of Pauline, class of 1914, which is having its 35th anniversary reunion on Homecoming Day. 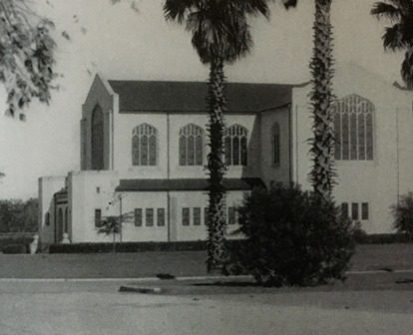 The Cadet Chapel on the campus of The Citadel. Source: The 1942 Sphinx.

He served as a chaplain in the Army during both World Wars I and II.

General C.P. Summerall, president of the Citadel, will make the introduction at the unveiling ceremony and will preside over the ceremony.

The memorial is a bronze tablet, located on the porch of the Cadet Chapel and carrying the names of all known dead of the Citadel in the War Between the States, World War I, and World War II.

The names and class of 362 Citadel men are carried of the three wings of the tablet.

Supplementary tablets will be added below the ones now in the place to carry the names of others who were not known to have died for their coountry at the time the tablet was was made. The tablet will be illunimated during all hours of darkness.

Many distinguished visitors, including Governor J. Strom Thurmond, and hundreds of alumni are expected to attend the unveiling ceremony.