Thomas Franklin Woodhead was born on November 20, 1924 to Gertrude Easterly Woodhead and William Winters Woodhead of Chattanooga, Tennessee. The senior Woodhead had served in the Army during WWI, and, prior to the Great War, had been a bank clerk at the USA ROT Camp, Ft. Oglethorpe, GA.

Thomas grew up in Hamilton County, Tennessee. He graduated in 1942 from the Baylor School, a military college preparatory school for boys overlooking the Tennessee River at Chattanooga and attended summer school at the University of Tennessee Chattanooga prior to reporting to The Citadel with the Class of 1946. During his year as a member of the South Carolina Corps of Cadets, he was a Private in M Company. 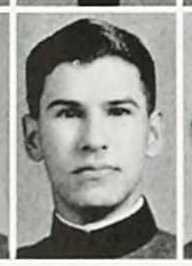 He enlisted on June 13, 1943 and received his training at Camps Barkley and Walters in Texas. He sailed overseas on June 5, 1944 on a troopship loaded with replacement personnel. Once he reached the European Theater of Operations, he was assigned to Company “F”, 2nd Battalion, 60th Infantry Regiment, 9th Division, First U.S. Army.

In mid-September, 9th Infantry Division entered Germany area south of Aachen, Germany, and then pushed into the Hürtgenwald or Huertgen Forest. G.I.’s came to call it the “Green Hell” and “Meat Grinder” as this seemingly small area consumed more than 60,000 casualties from all sides from mid-September 1944 through February 1945.

On October 13, 1944, during the First Battle for Schmidt, Staff Sergeant Woodhead was wounded in combat near Vossenack, Germany. That same day, his Citadel classmate, Pvt. Waverly O. Skidmore, was killed in action. Pvt. Skidmore’s unit, K Company, 3rd Battalion, 60th Infantry Regiment, was fighting less than a kilometer away through the dense forest. S/Sgt Woodhead was evacuated and hospitalized in Belgium, and received the Purple Heart. He then reported back to his old outfit for duty. 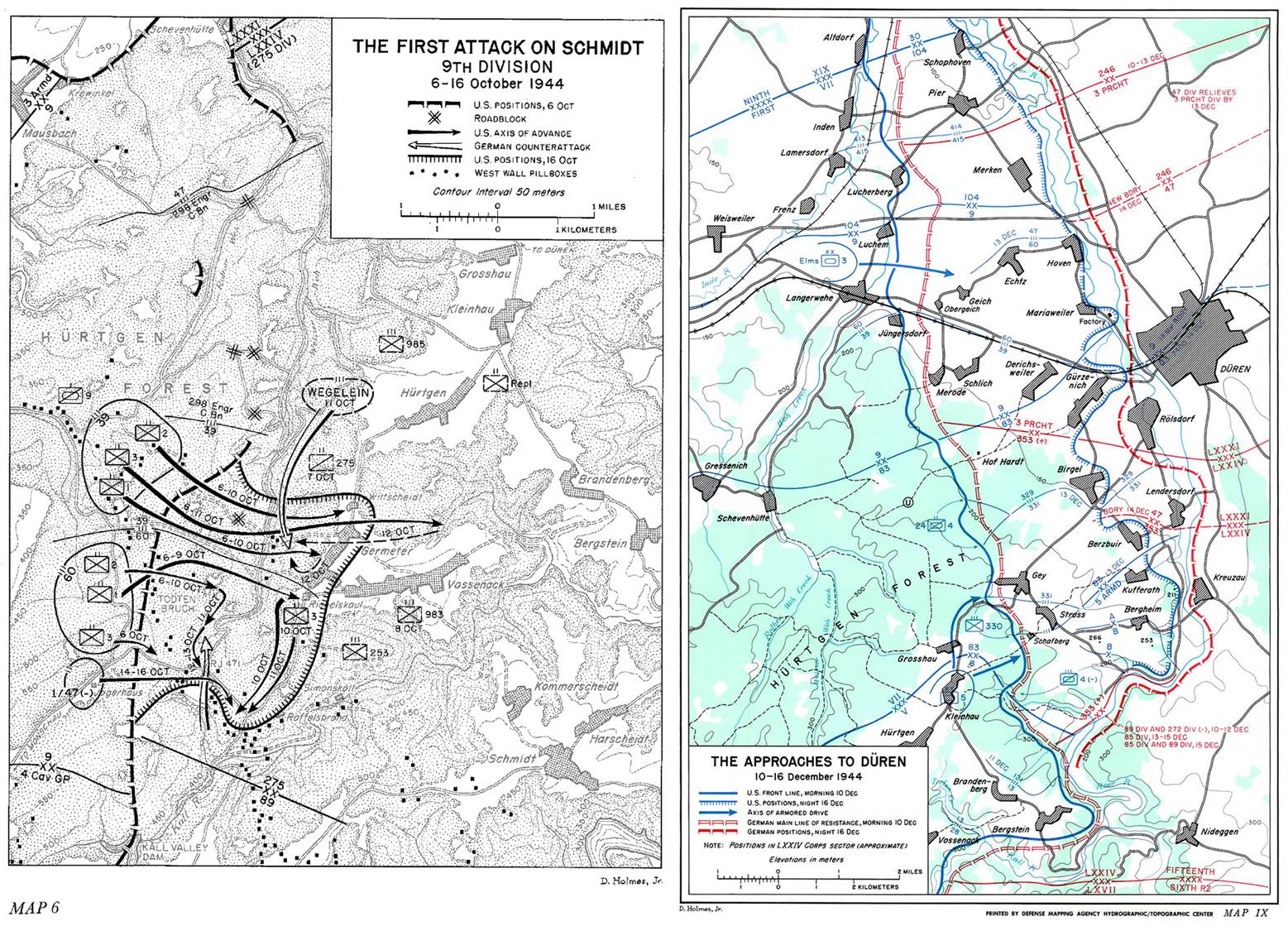 Maps from Chapter 14, The Siegfried Line Campaign by Charles B. MacDonald

On December 10, 1944, as the 9th Infantry Division in conjunction with Combat Command R, 3rd Armored Division were fighting their way east to clear the northwest approach to Düren, Germany and the Roer River, F Company, 60th Infantry Regiment, pushed into Obergeich from Langerwehe, and Staff Sergeant Woodhead was killed in action . The Division suffered heavy casualties during the action. A day earlier, his Citadel classmate Walter S. Covington, Jr. had been killed in action near Vossenack. S/Sgt Woodhead, Pvt. Covington, and Pvt. Skidmore were buried at the First Army’s Henri-Chappelle American Cemetery in Belgium. 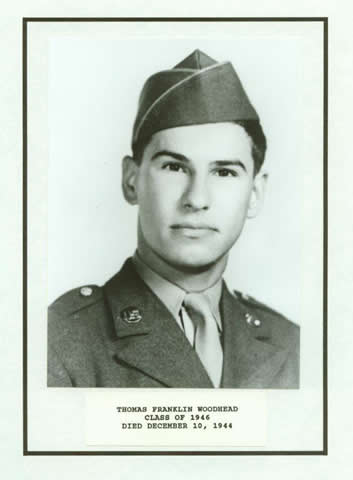 After the war, SSGT Woodhead’s body was repatriated, and he now rests in peace at Forest Hills Cemetery in Chattanooga, Tennessee.